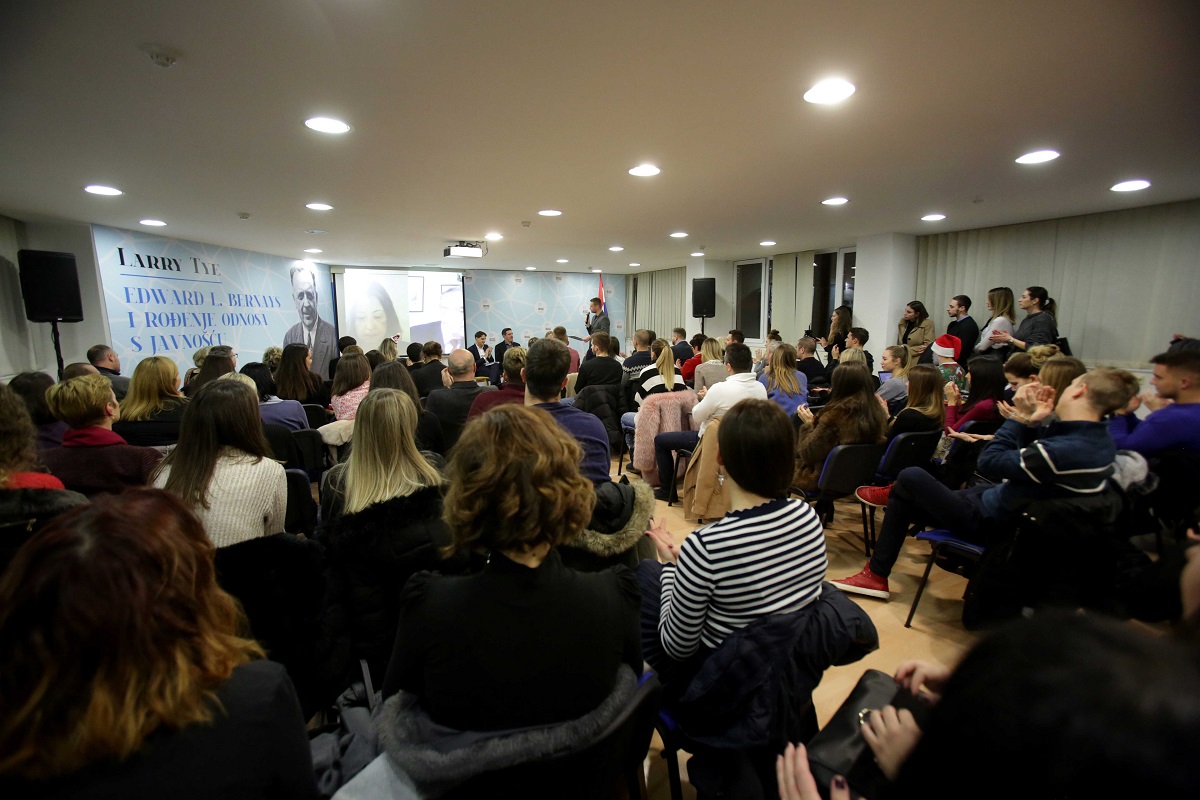 At the ceremonial Masterclass, a promotion of the biography of the founder of public relations, Edward Bernays, was held. Talking about book “Edward L. Bernays and the Birth of Public Relations“, which was published for the first time in the Croatian language by the Edward Bernays University College, were: Bernays Dean and Editor-in-Chief of the book, Assistant Professor Damir Jugo, PhD, university professor and President of the Croatian Public Relations Association, Professor Ana Tkalac Verčić, PhD, and university professor and one of the reviewers of the book, Professor Božo Skoko, PhD. Special guests from New York were an American professor and one of the founders of New York's Museum of Public Relations Shelley Zuckerman Spector, and Edward Bernays’ nephew and PR expert Lucas Held, who shared their experiences of working and living with Eddie, as he was affectionately called, with the Zagreb audience by means of a live stream. The ceremonial Masterclass and the promotion of the biography were concluded by a Christmas reception for Bernays students, teachers, and partners. 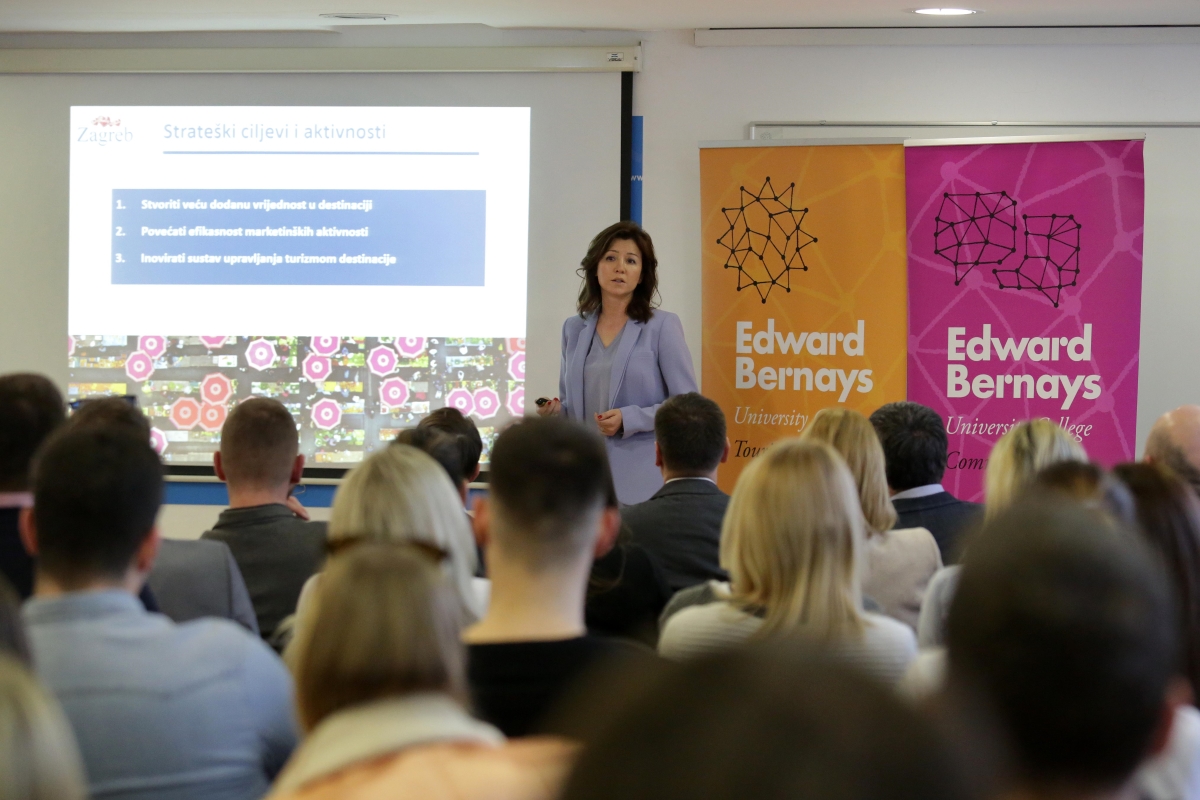 The first Masterclass of Bernays in 2019 was dedicated to the topic of tourism, and the lecture was held by Zagreb Tourist Board Director Martina Bienenfeld, MSc on 27 February 2019. With the lecture “Tourism in Zagreb: Yesterday, Today, Tomorrow“, the Zagreb Tourist Board Director reminded us about the development of Advent offers in Zagreb over the years, revealing at the same time to students and guests her vision of the further development of the tourist experience in Zagreb, ways of strongly promoting Zagreb, and better positioning on the world tourism map. Bienenfeld, MSc pointed out that, in the creation of the Zagreb tourist offer, special emphasis is placed on destination management, in close co-operation of the main actors in the tourism industry, public and private sector. “Zagreb has become an unavoidable destination on the tourist map of Europe, which is a great success for our tourism. We can say that, thanks to events such as Advent, Zagreb has established itself as a major ambassador of Croatian tourism”, added Zagreb Tourist Board Director.

The entire lecture can be watched on Bernays' Facebook page.